How to Get Over A Breakup

Learn the Secret to Opening Your Heart Again

Would you get into a relationship if you knew it wasn’t going to last?

Many of us, if given a crystal ball, would take one look at the last days of a love affair and swear off that relationship completely.

There’s no point in falling for someone if it’s going to end THAT badly.

It goes without saying that breakups are bad. Divorce is even worse.

When a relationship ends, you may experience depression, anxiety, insomnia, skin flare-ups, aches and pains, drastic weight loss or gain, or illness.

One cardiologist reported seeing a greater incidence of heart attacks in people who’d recently broken up.

Breaking up can literally break your heart.

But have breakups been given a bad rap?

Is it really true that the only worthwhile relationships are those that last forever?

In a 2003 study of broken-hearted undergraduates, they found evidence that breakups spurred personal growth, particularly in women.

If it’s too soon to stomach the idea that a breakup could be a good thing, this article is not for you. Go watch this video instead.

Has this ever happened to you or someone you know?

You broke up with someone you really liked.

Determined to prove that he made a huge mistake by letting you go, you embarked on a campaign to become a “new you.”

You started an exercise program, bought new clothes, and filled your life with a whirl of social activities.

Even though thoughts of your ex intruded at times, you forcibly kept your mind on the future and your amazing life ahead.

You refused to let him make you sad any more.

It’s very possible that this new life you created for yourself is better than the old one in every way.

This means that the breakup wasn’t a bad thing, but rather something good.

Breaking up can change your life for the better.

In the breakups=bad and relationships=good equation, it’s easy to forget that not all relationships have a positive impact on your life.

He may not be the best influence.

Even though you may love someone very much and treasure his presence in your life, he may not be the best influence.

Having a partner who likes eating pizza, drinking beer, and watching television on his time off can impact your health if you choose to join him in those activities.

A partner who is often angry or negative can increase your stress levels.

Your partner can also influence whether or not you pursue your dreams.

If he thinks your career goals are silly or unrealistic, or if he thinks it’s a waste of money to go back to school, you may put your dreams on the back burner.

It’s hard to see all the ways in which your choice of partner is affecting your life until the relationship ends and you’re free again.

As scary as being on your own may seem, being single gives you the chance to rediscover who you are.

Rediscovering yourself is part of the secret to getting over a breakup.

You can eat what you want, listen to your own music, and watch what you want on television, even if no one else shares your tastes.

You can spend your free time exactly as you like. You don’t have to change for anyone.

No wonder Tashiro and Frazier found that women grow so much after a breakup.

Relationships, as wonderful as they feel, can be limiting. Finding yourself single again can be self-empowering.

Perhaps breakups aren’t the demon everyone has made them out to be.

Perhaps breakups are the wisest teachers.

You might even say that it’s worth getting into a relationship that doesn’t last, because of the self-knowledge you’ll gain from the experience.

Even if you had a crystal ball, would you still say yes to those relationships that ended badly?

Can you think of any benefits you experienced from breaking up that you wouldn’t have got any other way?

So, if you’ve found yourself single again, use this time to learn everything you can about yourself, your tastes, and the kind of relationship you want next.

By the way, one of the best ways to get over a breakup is to fall in love with someone new.

It’s a secret about the way men think.

As a dating and relationship coach, I’ve tested this one simple idea with thousands of women who wanted to win back the affections of a man or spark a connection with someone new.

I’ve created a short video to explain what I discovered and why it helps women create the relationship they want.

Here’s the link to go watch my video now that has the power to forever change your luck with men.

To your beautiful future,
James Bauer 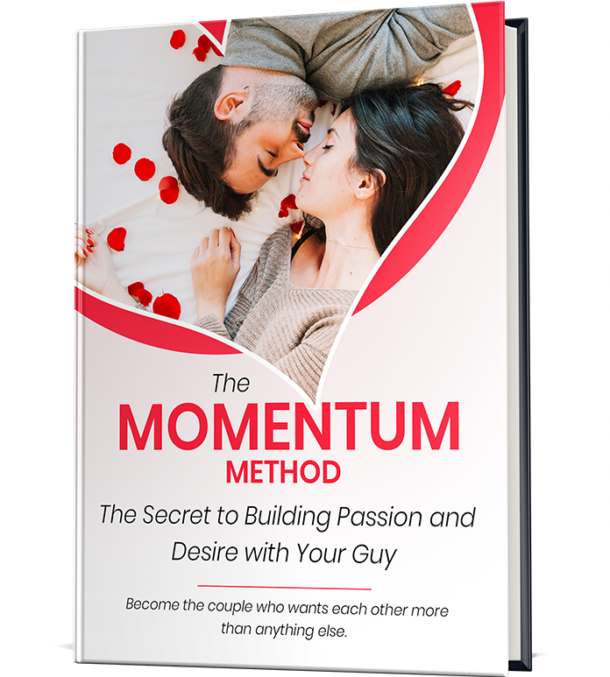